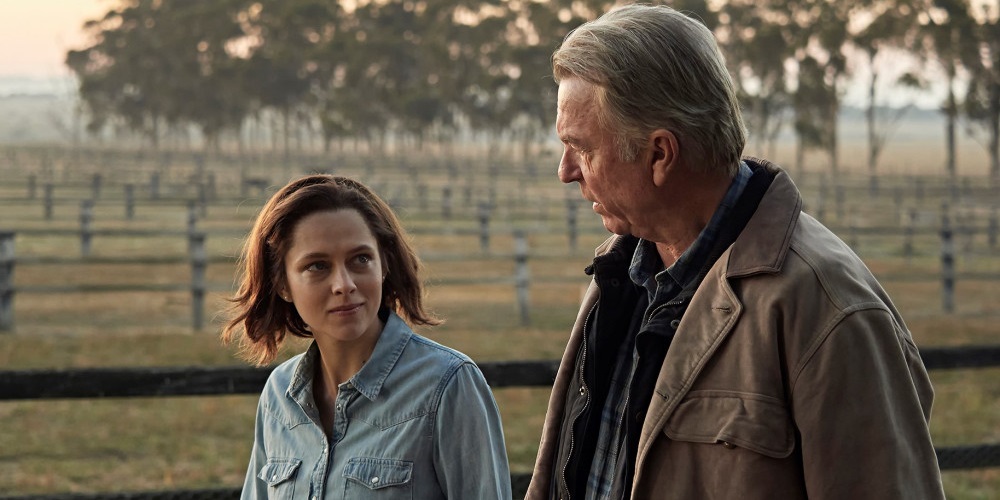 This new Australian feature tells the story of Michelle Payne, the first woman to ride a winner in the Melbourne Cup.

Rachel Griffiths’ debut as a feature director, is the inspirational story of jockey Michelle Payne, the first woman to win the Melbourne Cup.

Adelaide-born Teresa Palmer stars as Payne, with Sam Neill as her indomitable father, Paddy Payne. This remarkable family is at the heart of the film. Payne’s mother tragically died when she was only a baby, leaving Paddy to raise ten children, eight of whom went on to become jockeys and/or marry them! Particularly close in the family are Michelle and her brother Stevie. Stevie, who happens to have Down Syndrome, plays himself in the film, and is a stand-out. He is her brother, but was also her strapper, including on the day she won the Cup.

Screenplay by Andrew Knight and Elise McCredie is tight, witty, non-sentimental, but also moving. There is the right balance between the personal and the equine, the gentle and the exciting. Smaller but significant characters are given some great lines, including Magda Szubanski as Sister Dominique, and Genevieve Morris as Payne’s racing manager, Joan Sadler.

Cinematography by Martin McGrath makes the most of the Australian countryside, the majestic racecourses such as Flemington and Moonee Valley, and the macro details that colour this story. Major kudos goes to the racing unit, which filmed some of the best horse race scenes ever shot in a feature, much of it from the jockey’s point-of-view.

This beautiful film is adrenaline-filled, emotional, humorous and totally engaging, capturing the mythology and high-stakes that revolve around “the race that stops a nation”, and honouring a young woman who pushed through the glass barrier-gates.