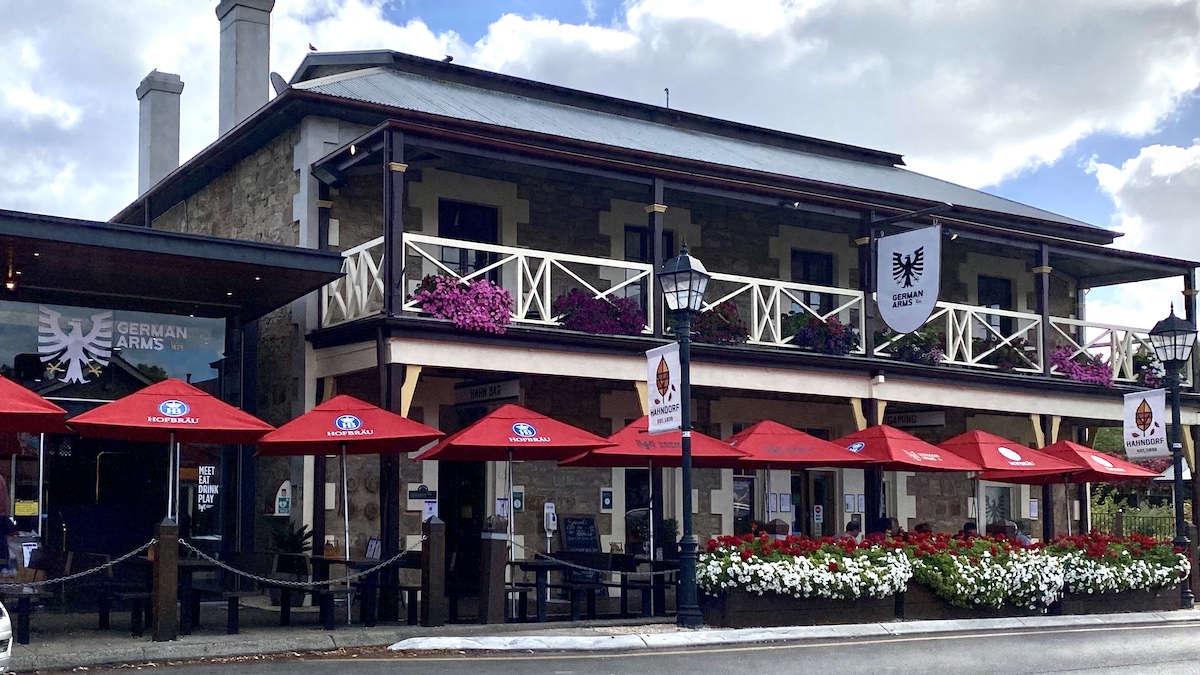 German Arms Hotel is known for its rustic character and age-old charm, offering classic German cuisine such as pretzels and schnitzels in Hahndorf.

Along with being one of the most iconic watering holes and a star for tourists and locals, German Arms Hotel has a rustic character and age-old charm. It’s recognised as one of the finest contemporary pubs in the state.

Offering a selection of award winning local and traditional German beers, the hotel also has an exceptional wine list and a mouth-watering menu.

They serve signature German dishes including giant hotdogs, gourmet wurst and cabbage rolls. As well as this, the hotel offers a wide selection of contemporary Australian pub-style classics with burgers, grilled meat and fish and a range of vegan offerings.

There’s special platters too that are perfect for sharing while sipping on pints of beer.

The hotel also has Schnitzel Night every Thursday from 5-9pm where customers can grab themselves a delicious Schnitzel. They can choose one topping from the signature Schnitzel Night Menu and enjoy a glass of house red or white or a pint of house tap beer for $5.

German Arms Hotel have also launched a new Cocktail Menu which follows the theme of “a postcard from another place and time”. There are three separate flights available – Economy Class, Business Class & First Class.

They also do a Fri-yay Cocktail Hour every Friday from 6-9pm where customers can order cocktails from the Eagle Inflight Refreshment’s Menu.

The hotel has also introduced a Cocktail Passport, where customers grab a stamp on the back of their loyalty card for every cocktail purchased off the Inflight Refreshment’s Menu with the eighth cocktail free.

Head to Germany in Adelaide with German Arms Hotel at 69 Main Street, Hahndorf.

You can find out more about German Arms Hotel through its website.