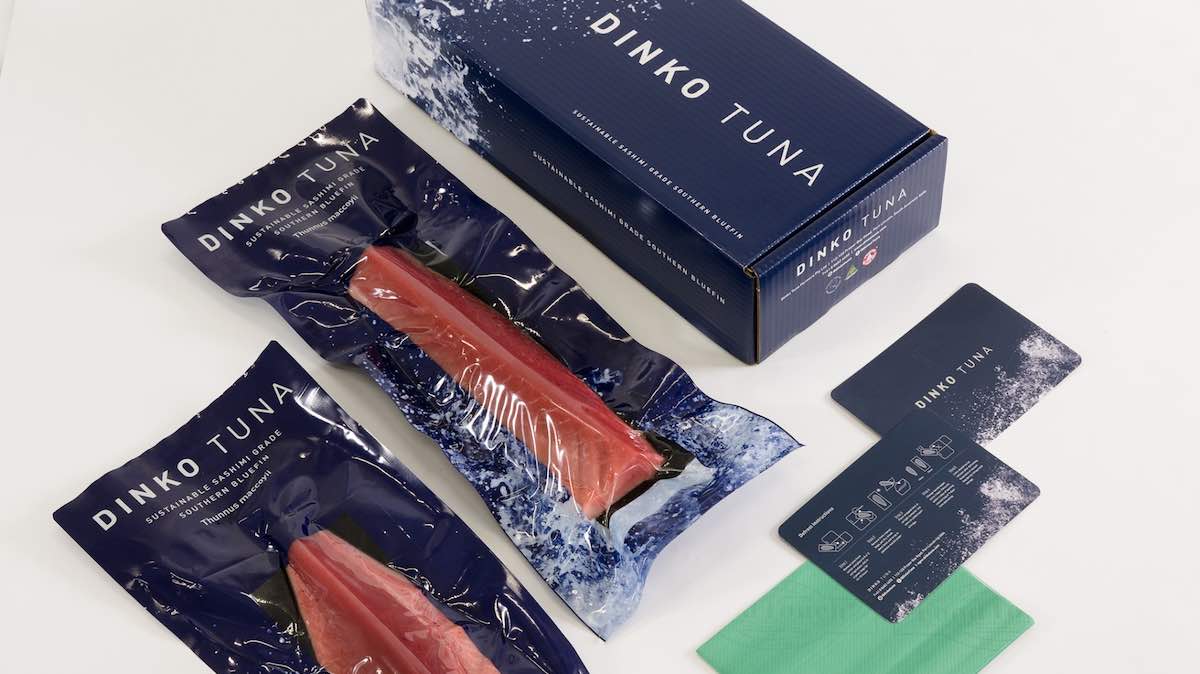 Tuna has been hailed as one of Aussies favourite forms of healthy nutrients, and now thanks to Dinko Seafood, you can get your supply locally, year-round.

Tuna is one of the best sources of vitamin D, just 3 ounces can yield as much as 50% of our recommended daily level.

For years Tuna has been hailed as one of South Aussies favourite forms of healthy nutrients, fats and proteins and now thanks to family-owned business Dinko Seafood, you can get your supply locally, year-round.

Dinko Seafood is a proud family-owned and operated seafood business based in Port Lincoln, South Australia.

They harvest premium seafood products from the pristine waters of the Eyre Peninsula – home to 70% of South Australia’s total seafood catch.

Lukina Lukin, Managing Director of Dinko Seafood says the company harvest their Tuna from March to August each year, however, thanks to a new innovation, they are able to supply fresh tuna year-round.

“In Australia, we import over 1000 tons of Yellowfin Tuna from Indonesia, due to the Tuna being seasonal,” said Lukina.

“The CO treated tuna will stay red or watermelon colour for 3 weeks and the consumers can not tell the difference between fresh and 3 days old fish.

“So I thought about how to supply fresh year-round products; so I tried freezing the Tuna at -30 degrees and then -60 degrees with blast freezing, but in the end, the quality was poor.

“At the end, I tried Cryogenic liquid nitrogen, which proved that after 2 years the product’s colour, texture, taste and freshness stayed the same as the day the fish was caught.”

Normally, if you want tuna during the off-season you would need to buy canned fish, but not this time.

Priding themselves on the best-tasting tuna, each cut is luxurious and tender when eaten raw, and has a silky, satin texture when grilled. Every time you eat a piece of Dinko Southern Bluefin Tuna, that’s what you’ll get.

Dinko Seafood’s Southern Bluefin Tuna (also known as SBT) enjoy a nutrient-rich diet as they undertake their annual migration across the Great Australian Bight, chasing prolific baitfish, it is thanks to this farming method that the fish are so tasty.

Lukina Lukin, continued by saying their product is of such a high quality due to their organic farming and fishing methods.

Lukina is Australia’s first female ‘Tuna Boss’ who has brought great innovation to the company.

“I am proud of myself that I had the persistence to be in the business and innovate,” said Lukina.

“Most of it comes from my respect from my late husband as he pushes me and motivates me.

“If I don’t change, I can’t move forward.

“So I have to come up with things to improve our product.”

“I respect the earth and I want to keep the world beautiful for generations to come and for the future,” said Lukina.

Dinko Seafood uses cardboard packaging rather than plastics in an attempt to reduce plastic waste.

“We are trying to go Carbon Neutral,” said Lukina.

“I have a project where we will try to collect the seaweed from our tuna farm and analyse how much carbon and nitrogen we can harvest from the water.

“Seaweed is like a tree on land but in the water, if we can harvest the seaweed it can keep growing, Dinko Tuna could be the first Carbon Neutral Tuna Farm.

“We also have 200 Kilowatts of Solar on our roof.”

For those wanting to get their hands on Dinko Tuna Lukina says it is available across the state.

Dinko Tuna is available at “outlet  fish shops, we also have an online store with Shop Local SA and a store at Adelaide Farmers markets at the Showgrounds.”