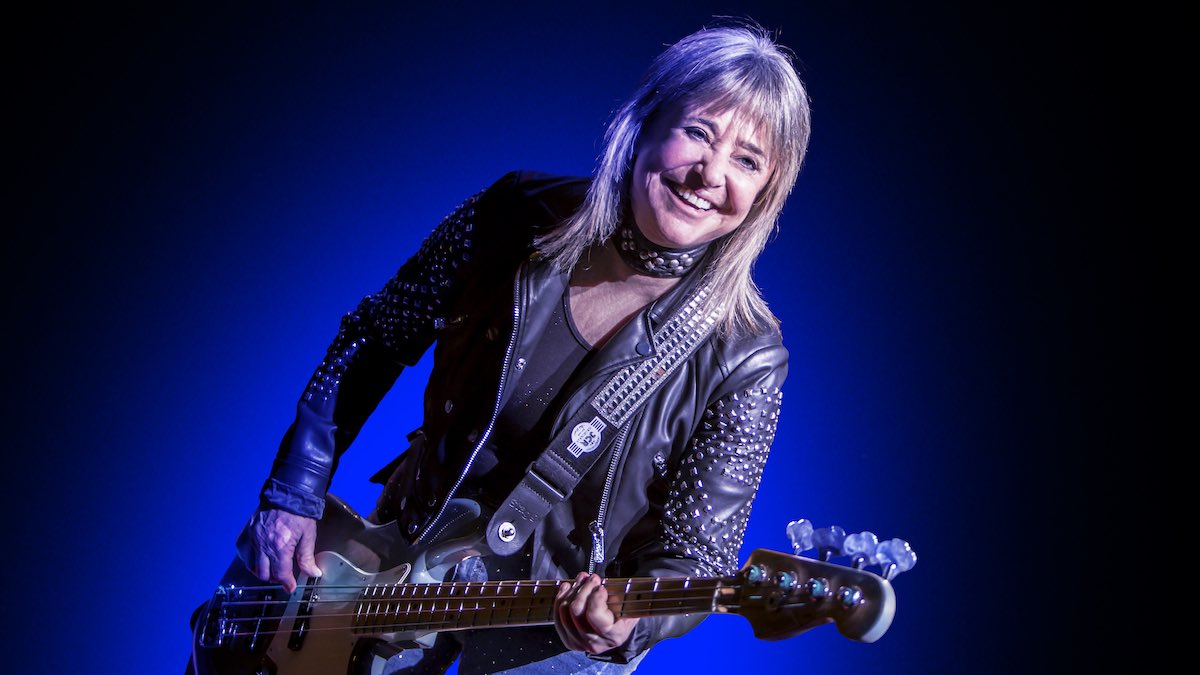 Headlined Suzi Quatro, alongside Noiseworks, The Angels, Baby Animals, The Screaming Jets and Chocolate Starfish, the 2022 One Electric Day is the biggest yet – and it’s coming to SA!

Over the past decade, One Electric Day has solidified its reputation as one of Victoria’s favourite one-day music festivals. Every year the show at Werribee Park sells out in a matter of minutes. This year, organisers are not only excited to be able to take the popular event interstate again for a run of shows, but have also announced an international headliner for the first time in the festival’s history.

Headlined by the Queen of rock n roll herself, Suzi Quatro, with a massive line-up that includes Noiseworks, The Angels, Baby Animals, The Screaming Jets and Chocolate Starfish, the 2022 One Electric Day is the biggest yet. With shows in Victoria, South Australia and Queensland, tickets are guaranteed to sell fast.

Organiser Duane McDonald, who is also behind the ever-popular Red Hot Summer Tour, says the opportunity to share the excitement of One Electric Day with audiences outside Werribee again this year is an exciting one.

“One Electric Day has become such a special event,” he says. “We see fans returning year after year and it has become an important part of people’s social calendar. We are always asked when One Electric Day will travel, so it is exciting that we have the opportunity to do that this year and even more so that Suzi Quatro will be joining us for the ride.” – Duane McDonald

Suzi Quatro is the undisputable Queen of rock and roll. Following on from her April sold-out show at London’s Royal Albert Hall, where she received nothing short of outstanding reviews. She is running hotter than ever and is heading to Australia to headline One Electric Day. Her show promises to be pedal to the floor jam-packed with hits, powerhouse vocals and unbridled energy. After selling over 55-million records (and counting), Suzi is pure rock royalty and every show is an unforgettable experience.

The return of Noiseworks is an exciting one for music fans. In the 1980s, they provided the soundtrack to every big night, with rock anthems No Lies, Take Me Back, Hot Chilli Woman, Touch and countless others. Get ready to rock as the original members reform to honour the memory of their co-founder and guitarist, the late, great, Stuart ‘Chet’ Fraser. Jon Stevens, Steve Balbi, Kevin Nicol and Justin Stanley will be joined by very special guest, Jack Jones on guitar and vocals. With the release of their new 2022 album along with all their legendary hits, Noiseworks will reignite a passion for rock n roll!

When it comes to great Aussie rock, it doesn’t come much better than The Angels. It’s been almost five decades since brothers Rick and John Brewster co-founded the iconic band and have penned some of Australia’s most anthemic tracks. The Angels are widely reputed for their killer live shows. With hits like Long Line, Marseille, Be With You, After the Rain, Shadow Boxer and Mr Damage to name a few. Baby Animals burst onto the Australian scene in the 1990s with a solid rock force and a sassy lead singer. Suze DeMarchi proved that girls rock just as hard as guys and the Baby Animals soon kicked some impressive rock butt with hits such as Rush You, Early Warning and One Word. The band scored themselves ARIA awards for best album and toured the globe.

Aussie rock doesn’t get much more powerful than The Screaming Jets. With a swag of hits such as Better, Helping Hand, Sad Song, October Grey and Come On under their belt, The Screaming Jets are renowned for their pumpin’ live performances. This year, they also celebrate the 30th anniversary of their iconic release All For One. Chocolate Starfish are the epitome of a concert party! Fronted by the enigmatic Adam Thompson, the band is known for their high energy live performances. With songs like Four Letter Word, Mountain and You’re So Vain, Chocolate Starfish powered onto the Australian music scene in the 1990s and quickly secured themselves a space as an influential force. They produced two Top 10 albums and six Top 50 singles.

Tickets for One Electric Day go on sale to the general public at 10am AEST Thursday 23rd June through Ticketmaster.