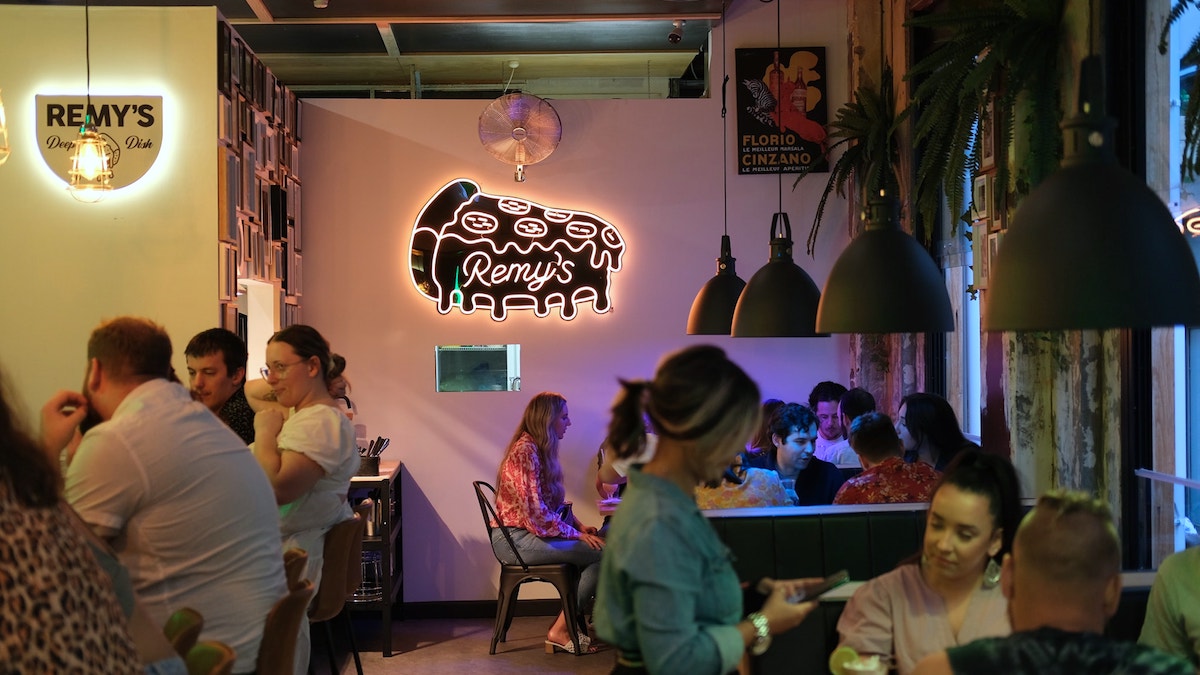 The pizza bar has officially opened after six months of renovations, completed by Josh and his father Damon.

Remy’s is the first of three new venues for the father and son team, and is located in Rundle Mall’s No Fixed Address Lane (formerly known as Lindes Lane).

Josh is the brains behind iconic coffee and brunch destination C.R.E.A.M at Brighton, and says Remy’s will similarly take inspiration from American cuisine.

“I never like to do things that have been done multiple times,” says Josh.

For this reason, he says Neapolitan pizza was out of the question for Remy’s, instead landing on deep dish pizza.

“We cooked deep dish pizza at CREAM about three years ago … I thought I’d revisit it and give it another crack,” says Josh.

Josh reached out to the team behind Pequods, one of the most famous deep dish restaurants in America, and has since worked to refine the Remy’s menu to produce “the most authentic version of deep dish pizza I can offer.”

Five pizzas currently feature on the menu, and Josh intends to add more flavours after the Remy’s team master the fundamentals of the deep dish cuisine.

The classics are there – red sauce and triple cheese, pepperoni and mozzarella, snag and shrooms, and vegetarian.

As far as booze goes, there are a few on tap, and more available in cans, along with a full wine list, and some fun cocktails, including Hard Frozen Cola (yep, it’s exactly what it sounds like, frozen cola with a house spirit of your choosing).

Josh is a self-described “interior design junkie” and Damon is a structural engineer, so the two have handled the Remy’s fit-out independently, as they did with CREAM, and will with the other No Fixed Address Lane restaurants.

Josh says his seventeen years in the hospitality industry has taught him how the design had to play out to maximise efficiency.

With the help of a few friends who are handy with tools, Remy’s has come together and marries dive bar with “nice pizza restaurant.”

“We get everything the way we want it, and it flows properly,” he says.

Remy’s can seat fifty inside, and about seventy outside, with floor to ceiling windows.