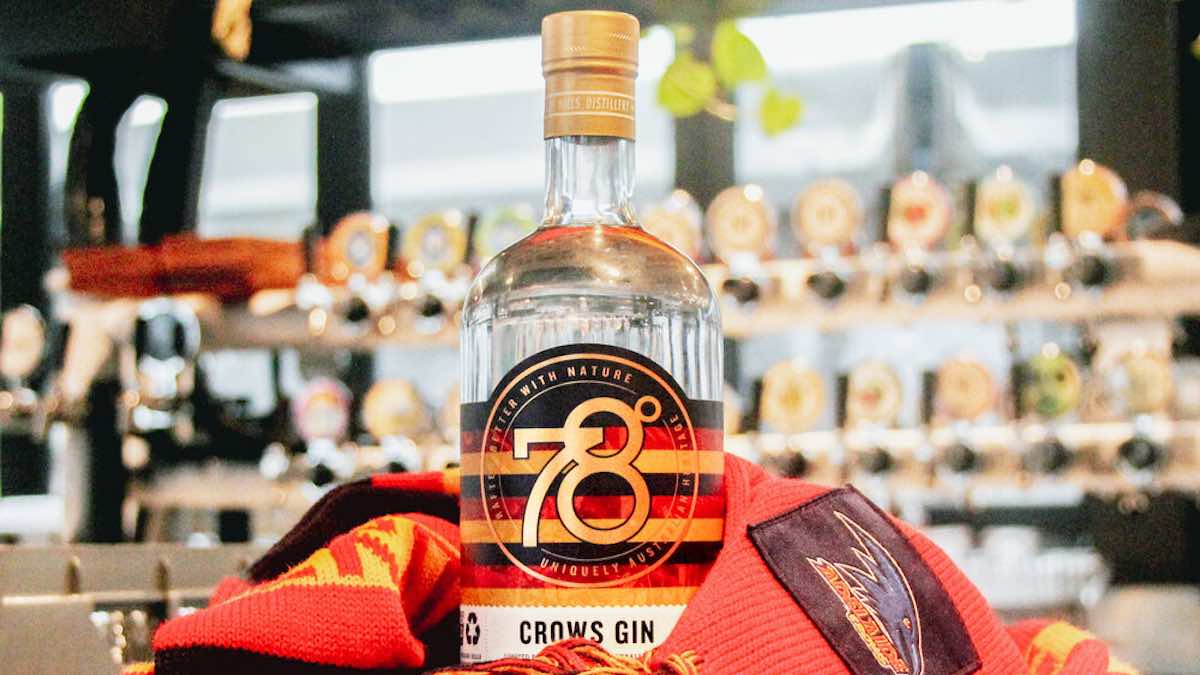 Small batch gin distiller 78 Degrees will delight gin lovers and Crows fans across South Australia, with the release of his latest limited edition gin, inspired by flavours representing each of the iconic Crows colours.

A gin inspired by the iconic Crows tri-colours has launched, marking the debut collaboration between the club and the Adelaide Hills Distillery.

The 700ml bottle is being sold in a limited run and will set ginthusiasts back $90 a bottle.

“It makes for a great synergy when we can collaborate with one of South Australia’s most beloved sporting clubs, use amazing produce from South Australia and create delicious gin” he says.

“The Crows are such an iconic part of South Australian culture, its been an honour to collaborate with the team to create a uniquely South Australian gin that represents the culture and unique flavours of our amazing state.”

“When we first partnered with 78 Degrees, we immediately put our heads together to create something that our members and supporters would love” he says.

“The team at 78 Degrees have done an incredible job taking this project from concept to a fantastic final product, and we can’t wait for Crows fans to try it”.